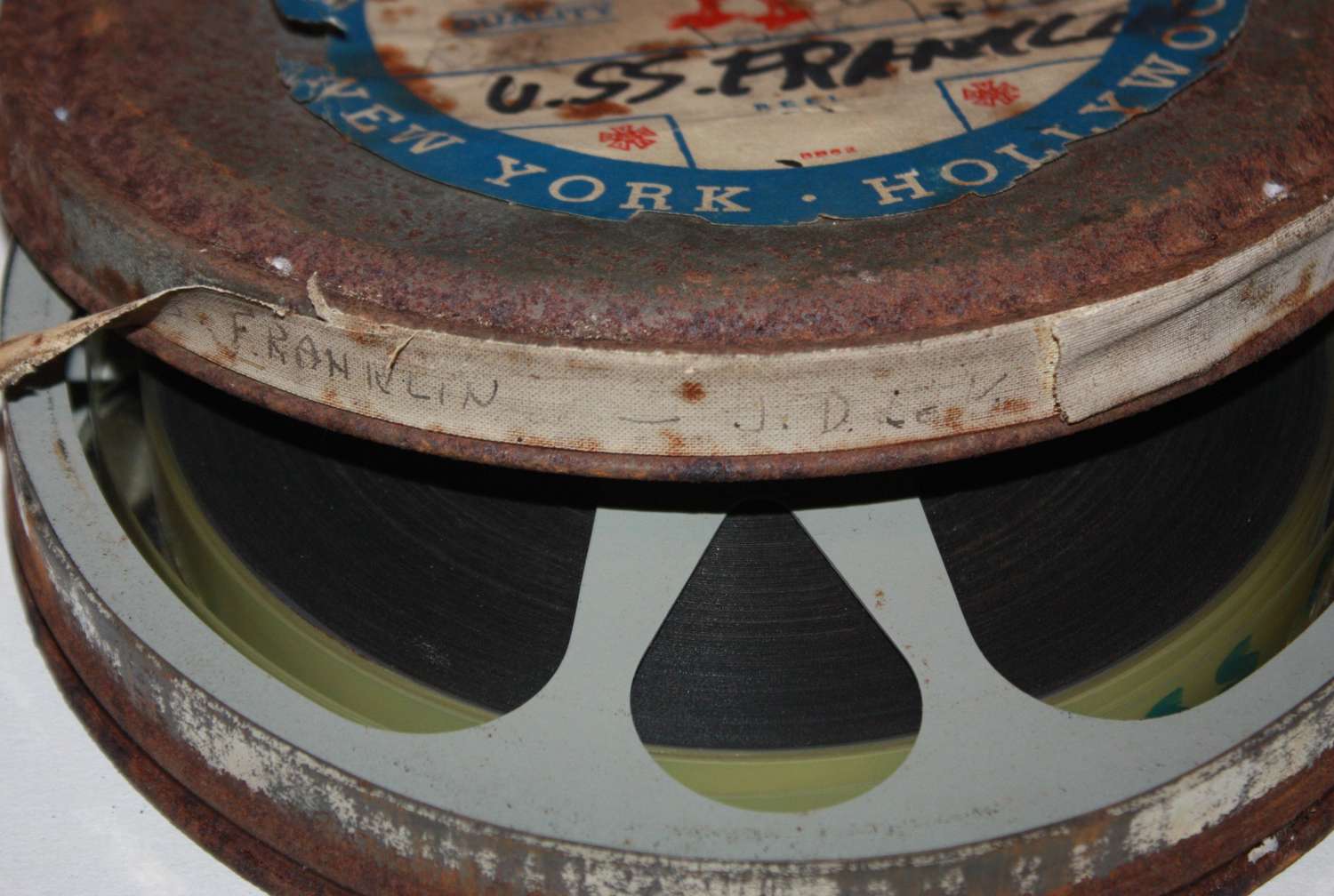 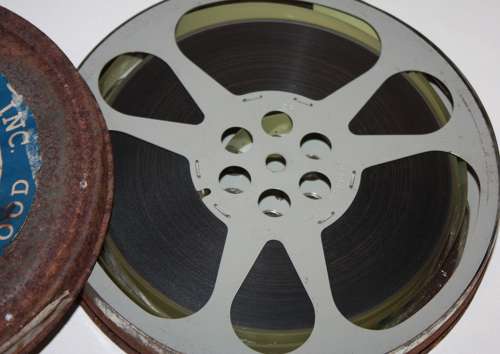 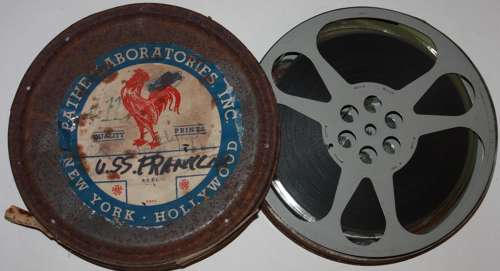 A very rare original film of the attack and galent effort of the crew on USS FRANKLIN which was a US Navy Aircraft carrier during and after WWII  which was attacked by Japanese aircraft and very badly damaged with a large loss of life and made it back to port for extensive repairs this film shows the initial attack and damaged with the crew fighting the fires etc its not been played just looked through by hand off the real, this is a sound film and is narrated by Mr Dwight West

The size of the film is 15mm side sprocket with sound and over 250 ft long according to the real with no visible breaks or repairs to it .

All I can say is a wish I had a projector to play it on !!

Please fill in the information below

Can we also interest you in these?